Home / Muscle Car Fan / Guess What! Your Ford Mustang Is A Girl Car!

Guess What! Your Ford Mustang Is A Girl Car!


The Ford Mustang – it’s known as a man’s car, a muscle car, and one to keep your distance from at any gathering of cars. But, maybe it’s not so much of a man’s car anymore, as a group of 17 women from 14 countries have just labeled it as the Women’s Performance Car of the Year for 2016. That’s right, while the Mustang is masculine and has that muscle car goodness every man loves, women really love it too. And, it’s not the only Ford that women love. The Focus RS is also widely loved by the fairer sex as it came in a very close second, nearly earning its own Women’s Performance Car of the Year title.

When classic muscle cars were rolling off Detroit assembly lines a half century ago, crisp handling wasn’t an A-list of priority; buyers wanted muscle cars that went fast in a straight line on Main Street as well as the local dragstrip. In the years since, Detroit has become more focused on handling and braking, which has brought us safer, fun-to-drive automobiles. Now we’ve become spoiled by better handling technology and are befuddled by what to do about the sloppy handling of yesterday’s domestic performance cars. 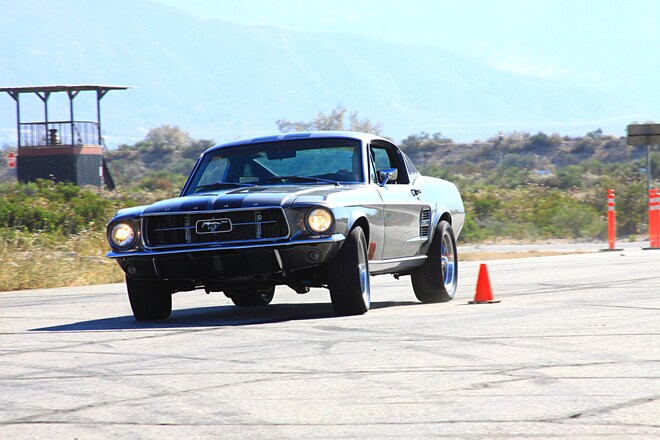 If you are looking for a fun, affordable gift for the Dodge Challenger SRT Hellcat lover in your life – whether it is a little kid who loves toy cars or a grown man who wants a toy to replicate their full size car – there are a handful of new Hellcat toys on the market just in time for Christmas.

The post Guess What! Your Ford Mustang Is A Girl Car! appeared first on Muscle Car Fan.