This Auction Will Be Muscle Car Heaven


If you like American classics, head down to Kissimmee in January, because Mecum’s list of the more than 3000 cars going under the hammer is like nothing we’ve ever seen before. And between all the Daytonas, Cobras and Corvettes are also some of the most significant early muscle cars and vintage dragsters from the collections of Don Fezell as well as Jackie and Gary Runyon.

The new Chevrolet Camaro SS is proving to be a popular high performance option in the South Korean market and to celebrate the launch of the new GM muscle car, the 2016 Camaro SS was featured in a unique art exhibit at the recent 2016 Seoul Design Festival – giving attendees a rare chance to see the car from a variety of unusual angles. The Americans have muscle cars, the Italians have supercars, and the Brits have sports cars. Great names such as Triumph, Jaguar, and Lotus dot Britain’s sports-car landscape. Now the supercar specialists at McLaren are offering a modern take on the long-time British institution with a sports car of its own. Gallery: Inside the Wellborn Musclecar Museum 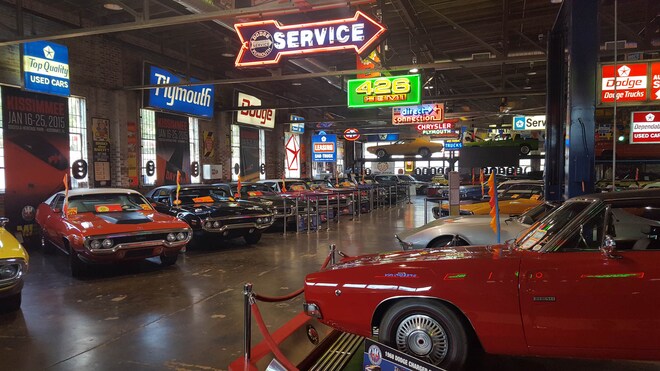 I recently had the pleasure of spending a week driving the 2016 Dodge Challenger 392 Hemi Scat Pack Shaker, which has the longest name of any modern Mopar muscle car and the best collection of features for the price – making this the coolest late model Dodge Challenger shy of the supercharged Hellcat. The post This Auction Will Be Muscle Car Heaven appeared first on Muscle Car Fan.